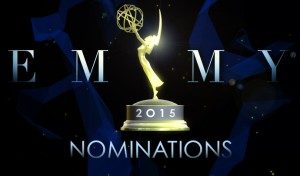 “The EMMY® award is presented for outstanding achievement in television by The National Academy of Television Arts & Sciences (NATAS).  San Francisco/Northern California is one of the nineteen chapters awarding regional Emmy® statuettes. Northern California is composed of media companies and individuals from Visalia to the Oregon border and includes Hawaii and Reno, Nevada. Entries aired during the 2014 calendar year.

This year a record number of 761 English and 135 Spanish entries were received in 61 categories. English and Spanish language entries were judged and scored separately. A minimum of five peer judges from other NATAS chapters scored each entry on a scale from 1 to 10 on Content, Creativity and Execution. (Craft categories were judged on Creativity and Execution only). The total score was divided by the number of judges. The mean score was sorted from highest to lowest in each category. The Chapter Awards Committee looked at blind scores (not knowing the category) and decided on the cut off number for nominations and recipients. The accounting firm Spalding and Company tabulated the results.”